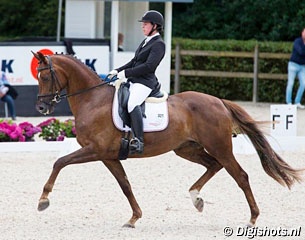 The Dutch equestrian federation and KWPN breed society have announce the names of the horses that will represent The Netherlands at the 2017 World Championships for young dressage horses to be held at the KNHS/KWPN headquarters in Ermelo, The Netherlands, on 3 - 6 August 2017.

After four qualifiers and one semi-finals, the long listed Dutch horses met at the 2017 Dutch Dressage Championships in Ermelo on 14 - 15 July 2017 to compete in the team selection finals. The horses had to go in the preliminary and finals test and both their scores totaled decided the overall ranking. The six highest scoring horses per age category qualified for the 2017 World Championships.

The Dutch horses are: