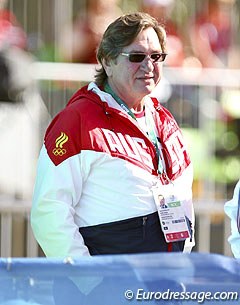 The Merkulov pair has bought a base in Germany to be more centrally located to horse shows to limit the amount of traveling. However, they will continue to operate from their Moscow yard, where they have a large client base and want to promote dressage in Russia and Eastern Europe.

Anatoly Merkulov, who is the secretary-general of the Russian Equestrian Federation, told Eurodressage that the German yard will mainly be the base for their young stock because of the milder climate.

"We've bought the stable, but we don't want to take all of our horses there, just the young ones, which aren't under saddle, because of the better weather condition there," Merkulov told Eurodressage. "From time to time we'll stay there ourselves with the main horses; for example before a World Cup Final."

The Merkulovs have no less than 38 horses in their ownership, 15 of those will move to Germany and 4 foals are already located there. 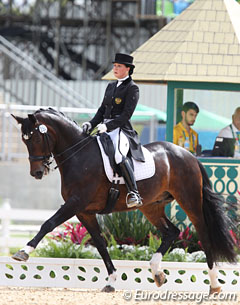 The Ehlen family has had horses through generations at Ostehof. Klaus Hermann Ehlen is a renowned breeder (Dorothee Schneider's Santiago, licensed stallions Londonderry and Furstenstern) and the 40-year old Ann-Kathrin Ehlen is the daughter. Ann Kathrin was a team gold medal winner on Bronco at the 1991 and 1992 European Young Riders Champion and competed Olympic Grand Prix horse Peron after Michelle Gibson. Rudolf Zeilinger was based for many years at Ostehof when he trained Ann Kathrin. However, she has disappeared from the competition scene with her last recorded results in the early 2000s. Ehlen got married and is now named Ann Kathrin Linnewedel.