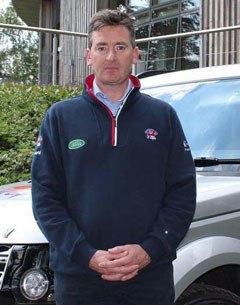 The British Equestrian Federation (BEF) has today announced that Dan Hughes, currently Performance Director of the World Class Programme, will be leaving the organisation, having guided the British equestrian teams to multi-medal success in Rio.

Clare Salmon, Chief Executive of the BEF says: “We greatly appreciate the efforts made by Dan and his team in the build up to and at the 2016 Olympic and Paralympic Games, and in developing the Programme for the next cycle. He had a big task for 2016 and he can be rightly proud of his achievements. We wish him well in his future endeavours.”

Dan Hughes says: “I have greatly enjoyed my time at the BEF and in particular the challenges of qualifying, preparing for and then winning medals in Rio this summer. Ultimately however, the constant time away from my family was taking too great a toll. I would like to pay particular tribute to the athletes and staff on the World Class Programme who have always strived to be the world’s best”.

The BEF is working on ambitious plans to continue to optimise performance for the upcoming Olympic cycle, having recently submitted its funding bid for Tokyo. An increased emphasis on sports science and a more tailored coaching approach will be a central element in these plans, which are being developed collaboratively with input from the Olympic discipline member bodies.

Clare adds: “It’s an exciting time for equestrian sport in the UK as we aim to build on Dan’s legacy from Rio and we look forward to communicating more on the shape of our 2020 plans once funding levels from UK Sport are confirmed in December.