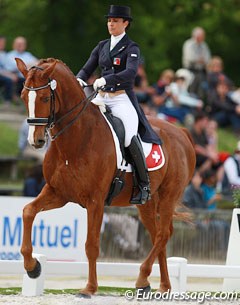 The Swiss equestrian federation has announced the Grand Prix squads for 2017. These squads are divided into an elite group of A-team riders and a perspective group of rising GP talent.

The dressage selection committee of the Swiss NF has made this early announcement of the 2017 squads. The riders listed in the perspective group will be eligible to compete at championships when possible.

For next year the season highlight will the be the 2017 European Championships in Gothenburg on 22 - 27 August 2017.

The 2017 Swiss Grand Prix squads include: