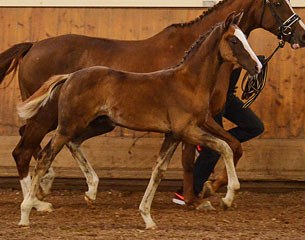 Forty-one dressage and twenty-three jumper foals participated in the show. Most of the foals were for sale. The venue also hosted the official Hanoverian mare show as well as studbook inspections for the Finnish Warmblood, Oldenburg and Hanoverian mares. The Hanoverian mare test was completed by three mares.

The judges of the show were Dr Ludwig Christmann and Hartmut Wilking from the Hanoverian Society, Johan Brink and Thomas Rädel from the Oldenburg Verband and Anna Pajanen and Outi Talvi from Finnish Hippos.

The best dressage foal of the show and the best Finnish warmblood foal was the colt Sir Connery (by Sean Connery out of Royal Romance (by Don Romantic x Royal Dance)). The colt scored 8,92. He is bred by Karoliina Tervas and owned by Emmi Honkasalo. 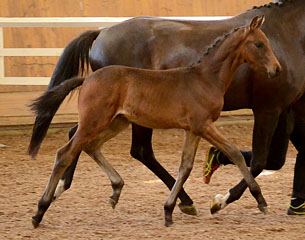 The best Oldenburg foal and second place overall was the colt Fürst River Carrus (by Fürstenball out of Lucy van Pelt Carrus (by Sir Donnerhall x Riverman), who scored the same mark as the winner, 8.92 points. He is bred and owned by Mty Niiranen Helena and Jukka.

The third place getting was the Finnish warmblood filly Dame Dior (by Negro out of Klostergaardens Miabella (by De Noir x Midt-West Ibi-Light). She scored 8,67 points and is bred and owned by Nina Dunder.

The best Hanoverian colt was Flow Oil Carrus (by Florenz out of Fairy Gracious Carrus (by Fiorano x Don Vino x Wolkentanz) with a score of  8,50 points. He is bred by Mty Niiranen Helena and Jukka and owned by Carrus Dressage and Master Dressage. The best Hanoverian Filly was Donna Cherie (by Don Larino out of Coco (by Chance x Metternich). She scored 8,5 and is bred and owned by Satu and Tuomas Juurinen 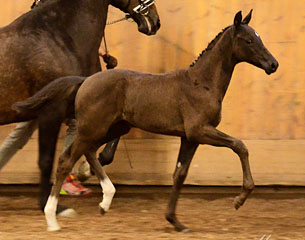 The second best Oldenburg foal was the colt Vaudeville Carrus (by Vivaldi, x Davignon II x Weltmeyer) with a score of  8,33 points. He is bred and owned by Mty Niiranen Helena and Jukka. The third  ranked Oldenburg foal was filly Riverbank Sarouche (by Santo Domingo out of Riverbank Expensive (by Riant x Come Back II). She scored 8,16 points and is bred and owned by Marjo Vainikka.

The winner of the class for yearlings to 3-year old dressage horses was Swamphill Platinium, a Finnish warmblood geolt by Millenium out of Pandemonium (by Wolkentanz x Diamont), bred and owned by Piia Solajärvi.

The 3-year old Hanoverian mare Franzeska Carrus (by Fidertanz x De Niro x Weltmeyer), bred by Mty Niiranen Helena and Jukka and owned by Carrus Dressage and Master Dressage, received a premium and was awarded with 1a.