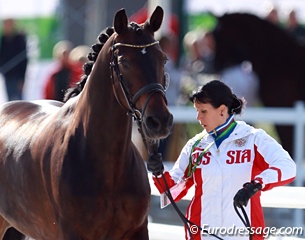 Russia's two dressage athletes, the sisters Inessa Merkulova and Marina Aframeeva, seemed to have been spared from the rigourous doping tests before their departure to the 2016 Olympic Games in Rio de Janeiro, Brazil, on 10 - 15 August 2016.

Merkulova and Aframeeva were scheduled to leave for Rio on 1 August 2016 on the departure date the majority of the dressage riders competing at the Olympics. Before their take-off they stayed in The Netherlands in preparation of the Games.

The IOC Executive Board (EB) studied the question of the participation of Russian athletes in the Olympic Games Rio 2016 following breaking study by Prof. Richard McLaren of the Russian, government-run program which stimulated its athletes to improve their performances through doping, and the systematic tampering with doping samples and controls.

Given the urgency of the situation, with the Olympic Games Rio 2016 starting in 5 days, and the athletes’ entry process already underway, the IOC EB had to take a preliminary decision with regard to the participation of Russian athletes in Rio de Janeiro. Prof. McLaren states in his report that it “fulfils partially the mandate of the Independent Person”. This is why the IOC supports his request to continue and finalise his work. On the other hand, this situation leads to an urgency for the IOC which does not allow it sufficient time for hearings for affected athletes, officials and organisations. The IOC EB has given the Russian Olympic Committee (ROC) the opportunity to present the case of the Russian athletes and the ROC. This was done by Mr Alexander Zhukov, ROC President, at the beginning of the EB telephone conference, which he left immediately following his presentation.

The IOC has now decided that Russian athletes in any of the 28 Olympic summer sports have to assume the consequences of what amounts to a collective responsibility in order to protect the credibility of the Olympic competitions and the “presumption of innocence” cannot be applied to them. However, each affected athlete must be given the opportunity to rebut the applicability of collective responsibility in his or her individual case.

For dressage, however, there are no real consequences and the Russian riders are going to Rio undisturbed.

Ingmar de Vos, the president of the International Equestrian Federation (FEI), stated in the Belgian sports programme Sporza that "there is no reason to keep them (the Russians) from the Games." He continued, "we have no connections with the Russian laboratory where the malpractises were noted. Our sport not only has a human anti-doping policy, we also intensively check the horses. After an evaluation of all the tests we can conclude that there is no organized malpractise in our sport." 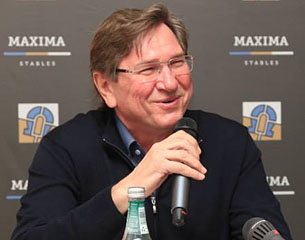 Anatoly Merkulov, secretary-general of the Russian Equestrian Federation, has been closely communicating with the FEI and has reported the where-abouts of the five Russian equestrian athletes going to Rio, including two for dressage.

"According to the FEI request we have sent them a detailed schedule of our athletes (whereabouts)," Merkulov told Eurodressage. "The Eventing part of our team is staying in Germany and we are with my wife (Inessa) and her sister (Marina) in Holland.Generally the standby status for our athletes was commonplace, as their capacity to participate in overseas competitions are always limited with the list of invited countries. So standby status is not a problem itself. There a lot of other reason to hate the situation and I think you can easily imagine the condition of the athletes and the feelings they are experiencing, if you put yourself on their place."