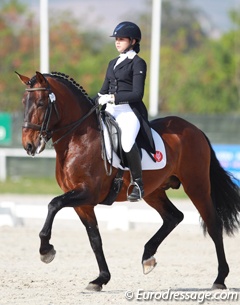 The Brazilian equestrian federation has announced the team that will represent Brazil on home turf at the 2016 Olympic Games in Rio de Janeiro, Brazil, on 9 - 15 August 2016.

Team trainer Mariette Withages has made her selection, which was announced at a press conference held at the Socidade Hípica Paulista in São Paulo on Monday 18 July 2016.

Brazil will be represented by: