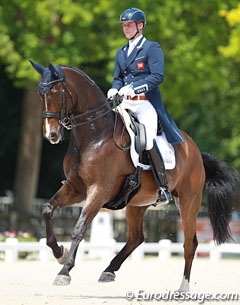 The British Olympic Association has announced the athletes that will compete for Team GB in the equestrian disciplines of dressage at the Rio 2016 Olympic Games.

The Dressage team will be completed by 2015 European team silver medallist Fiona Bigwood on Atterupgaards Orthilia and Spencer Wilton on Super Nova II – both of whom make their Olympic Games debuts.