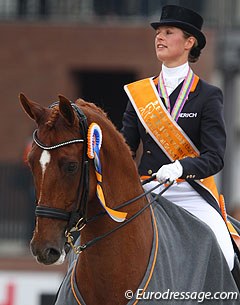 The show organisation of the CHIO Rotterdam has announced that it will be bidding for the 2019 European Championships in dressage, show jumping and para dressage.

Rotterdam has already hosted three European Dressage Championships since 1957; the most recent one in 2011 which was won by team Great Britain and individual Adelinde Cornelissen.

The CHIO Rotterdam is annually hosted in the Kralingse Bos, a forest area with lake on the edge of Rotterdam city.

For 2019 Rotterdam aims to host the event during the third week of August. They have to officially make their bid with the FEI before 1 Ocotber 2016.