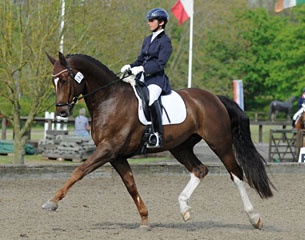 British Dressage, the dressage department of the British Equestrian Federation, has announced the horse-and-rider combinations that have been nominated to compete at the 2016 World Championships for Young Dressage Horses in Ermelo, The Netherlands, on 29 - 31 July 2016.

Britain is eligible to send two horses per age division. The country has nominated three 5-year olds but the federation has not yet made clear which horse is the reserve. Two 6-year olds and one 7-year old will be traveling to Ermelo to represent Great Britain at these Championships.

The British horses are: