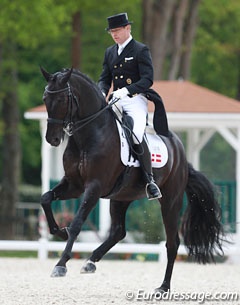 For the Danish Olympic short listed riders the 2016 CDIO Aachen will be the showdown to decide who earns the fourth spot on their Rio Team. The Danish Equestrian Federation has now announced the team that will contest the Nations' Cup in Aachen.

Danish team trainer Rudolf Zeilinger and team captain Kimi Nielsen have agreed on the team that will represent Denmark in Aachen, which will be the final selection and observation trial for the Danish riders.

Cathrine Dufour, Agnete Kirk Thinggaard, Daniel Bachmann and Anders Dahl will be competing in the CDIO Nations' Cup tour, while Mikala Münter Gundersen (My Lady) will need to prove her worth in the CDI 4* tour.

The Danish Olympic team will be announced on 17 July 2016.