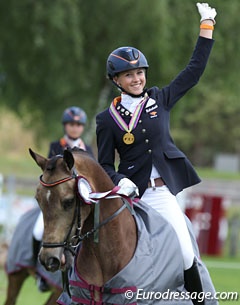 Lamprechtshausen, Kaposvar, and Fontainebleau were allocated the 2017 and 2018 European Dressage Championships in several age divisions by the FEI Bureau, which met in the FEI Headquarters for its spring in-person meeting on 6-7 April 2016.

The following dressage related Championships and Finals were allocated for 2017-2019:

The European Under 25 Championships will take place for the first time this year in Ankum, Germany, and Lamprechtshausen (AUT) will become the second venue to host this new Championship. The Austrian venue has experience in hosting international dressage competitions, just like Kaposvar were World Cup qualifiers have taken place.

Fontainebleau is also a returning host. They successfully organized the 2012 European Pony Championships