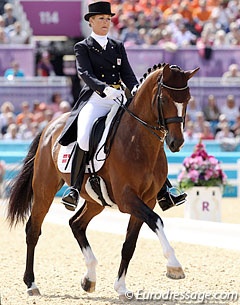 Akihiro's father Tsunehiro acquired the Danish gelding in The Netherlands. His 39-year old Tokyo based son was a member of the 2010 Asian Games in Guanzhou, were he finished 20 overall.

Anne van Olst and Dutch sponsor Ton Kies acquired the horse after Turin from owner Klaus Munkedal. The new pair won team bronze at the 2008 Olympic Games in Hong Kong, they were members of the Danish team at the 2009 European Championships in Windsor and 2010 World Equestrian Games in Kentucky. The pair rode its last test at the 2012 Olympic Games in London, where they finished 21st overall.

Clearwater came on the market but did not sell initially. He made his come back to the show ring after three years away from the show scene. At the beginning of December he won two Under 25 Grand Prix classes under British Lottie Fry at the 2015 CDI Roosendaal Indoor. 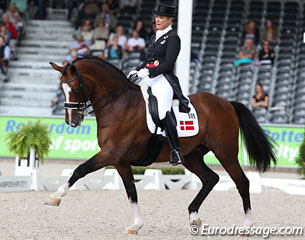 Japan qualified a team of four riders for the 2016 Olympic Games by winning the regional group qualifier at the CDI Perl in August. Japanese Grand Prix riders are now seriously investing in older schoolmasters with which they hope to qualify on the team. The last six months, numerous European based Grand Prix horses moved into Japanese ownership (Don Lorean, Fabriano, Tiesto).