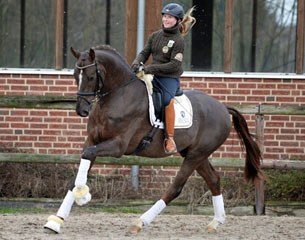 Twelve foreign bred and older stallions were approved for breeding for the Westfalian society at the 2015 Westfalian Late Licensing which took place in Munster-Handorf on 17 December 2015.

The late licensing is open to stallions stallions who are already licensed in other breed societies and wish to get approval to breed for Westfalen, as well as for young colts that were unable to make it to the regular licensing in November.

Sixteen warmblood stallions and eight sport ponies were entered for the late licensing.

The approved dressage stallions are: