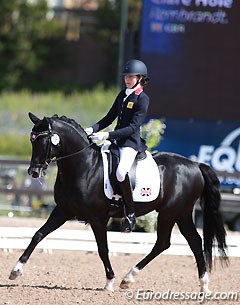 British Dressage, the dressage department of the British equestrian Federation, has created a British pony A- and B-team which they name prime and progress squads. Squad members are selected for dedicated training sessions hosting in 2015 and 2016.