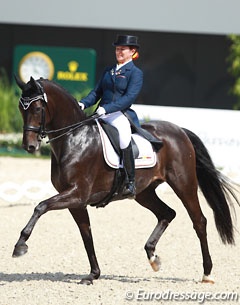 The technical dressage group of the Belgian Equestrian Federation has granted Claudia Fassaert and Donnerfee a bye for competing at the mandatory and last Belgian WEG team selection trial, the 2014 Belgian Dressage Championships this weekend.

The Belgian Dressage Championships in Meerdonk, Belgium, are set to begin on Thursday 31 July 2014 with the first round, the Grand Prix, for the senior dressage riders.