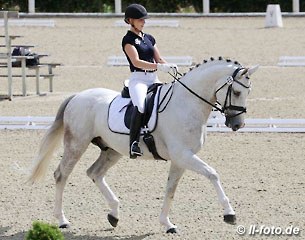 The German Equestrian Federation and selectors Reinhard Richenhagen, Klaus Ridder and Monica Theodorescu have made their pick in horses that will represent Germany at the 2014 World Championships for Young Dressage Horses in Verden, Germany, on 7 - 10 August 2014. Fourteen 5-year olds and thirteen 6-year olds have been selected.

The German selection system ran over two training and selection days. The first one was in June, the last one took place yesterday 2 July 2014. The long listed horses were assessed by the selectors and they made their final pick.

The German qualified horses are: