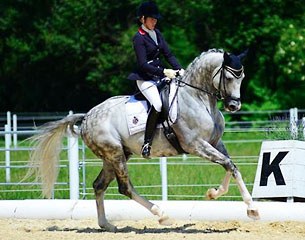 The Austrian Equestrian Federation has selected the horses will have qualified to represent Austria at the 2014 World Championships for young dressage horses in Verden, Germany, on 7 - 10 August 2014. Austria is eligible to send four horses to Verden, two per age category.

The Austrian selection system this year was based on two observation trials and training sessions with German trainers Dr. Ulf Möller and Christoph von Daehne. The final session took place last week, during which the long listed Austrian combinations were trained on the first day and had to ride a test on the second.

Möller and von Daehne recommended the following pairs to the Austrian federation, which were then selected: