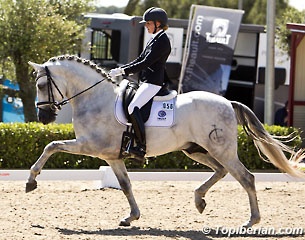 The Spanish Equestrian Federation and Dressage Technical Director Luis Lucio have announced the Spanish nominations for the 2014 World Championships for Young Dressage Horses in Verden, Germany, on 7 - 10 August 2014. Spain has selected four horses for Verden and apppointed one reserve combination.

On 23 June the Spanish Equestrian Federation made its nominative entries for the World Young Horse Championships, even though the definite entries will be on 21 July 2014.

The Spanish selected horses are:

The 5-year old reserve is Quater Back Junior (Hanoverian, by Quaterback)  ridden by Alejandro Azores