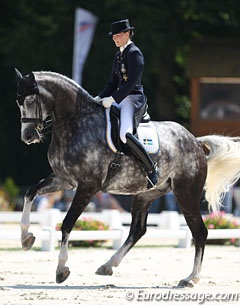 The 19-year old Mattsson, who already works as a professional dressage rider at Patrik Hannell's equestrian centre, was named "Tomorrow's Star" in dressage at the Gala.

Marina was also nominated for the Comet of the Year award, but this was won by Swedish eventer Frida Andersen.