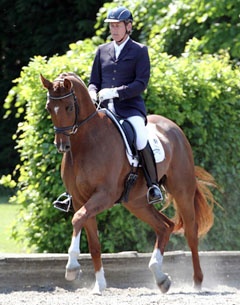 The British Equestrian Federation and British Dressage have released the names of the pairs which are nominated to compete for Great Britain at the 2013 World Championships for Young Dressage Horses in Verden, Germany, on 7 - 11 August 2013.

The British Chair of Selections have listed five combinations on the provisional list of nominations, but the definite entries are not named until 22 July.

In the running to be selected for Great Britain are:

The German Victoria Michalke can ride the horse under British allocation under the rules as it is a British-bred and owned horse.