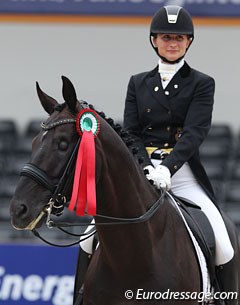 The Swedish Equestrian Federation and Swedish chef d'equipe Bo Jena have made their pick for a team that will represent Sweden at the 2013 European Dressage Championships in Herning, Denmark, on 20 - 25 August 2013. The federation announced the four team riders but have no yet published the nominated reserve riders.