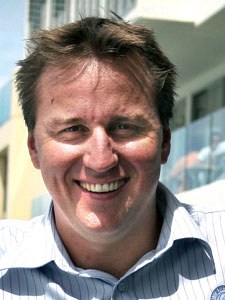 The Australian Sports Commission (ASC) has announced that it will see Equestrian Australia (EA) retain strong funding despite a 4.4 per cent decrease.

Thanks to the ASC EA will receive $2,140,000 per year over four years towards High Performance as well as increased funding for the Paralympic equestrian program (to be announced in coming days) and continued funding of $330,000 per year for participation.

Equestrian Australia CEO Grant Baldock, said the presentation EA made to the ASC clearly outlined a plan for Australia’s equestrian teams that is designed to put Australia’s riders back at the top on the international sporting stage.

“Our goals remain unchanged.  While we are disappointed we didn’t see a funding increase, we are confident we have the people, structures and plans in place to achieve the targets leading ahead of and in Rio."

"Since 2010 EA’s High Performance funding has increased from $1.4 million to over $2million, putting Equestrian Australia in a better position ahead of the 2014 World Equestrian Games (WEG) compared to the 2010 WEG.

“EA welcomed the additional ASC programs unveiled today such as the Competition Innovation Fund and the Talent Identification funding which will provide further opportunity for sports to receive funding.

“We are yet to receive the full funding breakdown from the ASC for each discipline, but once we do our team will be working hard to finalise the plans and get on with the job,” he said.