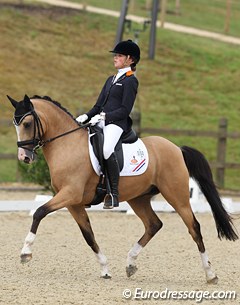 Internationally van Zwambagt has been performing strongly in Leudelange and Biarritz in the autumn of 2012, but this winter both her ponies Dr. Watson and Coco Jambo, have been showing well in the KNHS FEI Pony Cup competitions.

The Dutch Pony A-team now includes four pony riders, who have all been able to qualify two ponies onto the A-team. They will be considered for team representation at the 2013 European Pony Championships in Arezzo, Italy, in July.

The Dutch Pony teams now include: