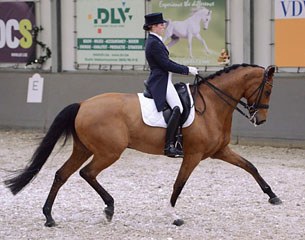 Belgian team junior rider Alexa Fairchild has acquired the 12-year old Dutch warmblood gelding Tum Tum as a future Young Riders and Under 25 horse. The KWPN gelding arrived at his new home in Brussels, Belgium less than two weeks ago.

Tum Tum, who is officially registered under the name Timor, is by Matterhorn out of Odessa (by Indoctro x Joost).  Previously owned by Kim Ferwerda the bright bay gelding was competed by Dutch Peter de Boer. 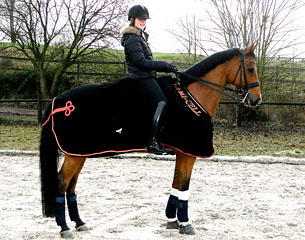 Alexa and Tum Tum made their national young riders' show debut at the CDN Hasselt last weekend, which served as proof of the horse's excellent training and rideabilty. 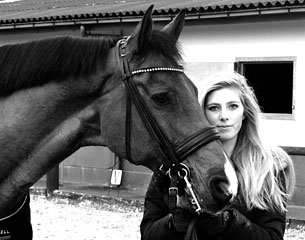 "I love his willingness to give it his all," Fairchild explained. "As I have been riding him the past few days, he is always ready to give the most and always willing to work. He is a very honest horse. He has tons of quality in his gaits and I love the way he moves. He also has the sweetest character. He is so much fun to ride," she added enthusiastically.

With her International Baccalaureate exams approaching in May 2013, Fairchild will be competing on a tight schedule with only a few shows planned. "For the moment we are thinking of competing in Vidauban in March, in Addington in April and possibly Compiègne in June," said Alexa.