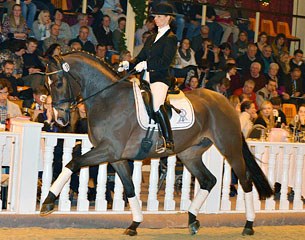 The 2012 World Young Horse Champion Sa Coeur was the most expensive horse of the 2012 P.S.I. Auction in Ankum, Germany, on Sunday 9 December 2012.  The new owners paid 2,310,000 eEuro for the dark bay gelding (by Sir Donnerhall I x Don Davidoff). Under Eva Möller Sa Coeur won the World Breeding Dressage Championships in August in Verden, and the horse will now move to Great Britain.

The 33rd Performance Sales International in Ankum finished with an excellent result. Total auction proceeds amounted to 15,580,000 euro for the 45 show jumping and dressage horses offered at auction.

Top-priced horse Sa Coeur contributed considerably to this fantastic result, alongside the second most expensive horse of the auction, the shiny black stallion Don Noblesse (by Dancier x Don Davidoff). He sold for 1,220,000 euro to American customers and will find a new home at Ingo Pape's stallion station in Hemmoor, Germany. Don Noblesse and Sa Coeur were part of the dressage horse collection of the Performance Sales International. 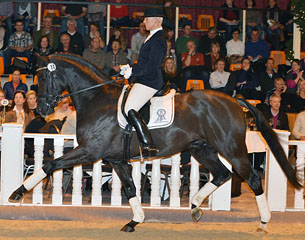 The third most expensive horse, the liver chestnut mare Altesse Gold, belonged to the show jumping collection and changed owner for 800,000 euro. The six-year-old Armitage x Landgold daughter was purchased by customers from Switzerland. Another World Champion was sold at the P.S.I. Auction: Chacciana, outstanding daughter by the amazing Chacco-Blue and World Champion of seven-year-old jumpers, was sold for 770,000 euro.

The 33rd Performance Sales International finished after four and a half hours with a total turnover of 8,10 million Euro for the dressage horses and 7.48 million euro for the jumpers.