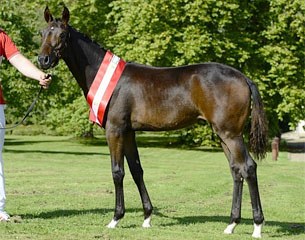 Forty-two foals were selected for the elite show and 11 were picked for the champion's ring. Four of them were jumper foals, seven dressage foals.

The winning dressage filly came all the way from Norway: JJ Filippa. Bred by Ole Jørgen Jørgentvedt of JJ Horses, Filippa is by Furstenball out of a Davignon I dam. The judges praised the filly's top conformation and female expression as well as her smooth gaits. JJ Horses has bred the Danish filly champion for the second year in a row and both champions were sired by Furstenball. 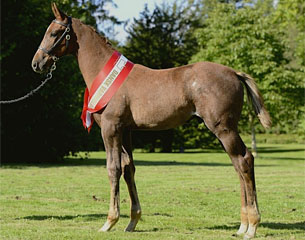 The winning dressage colt was only a reserve foal in his region but ended up being allowed to come to the elite show. The champion colt, Tailoremade Attraction, is bred by the Danish based Norwegian company Tailormade horses and is by Tailormade Attention (by Abanos x Bøgelys Camaro) out of a San Remo dam.  The foal was the best in the champions' ring because of his self carriage and cadenced way of moving.