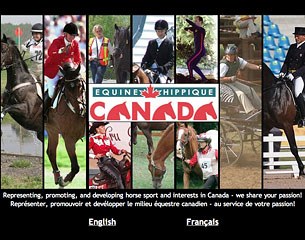 Equine Canada’s Sport Council Working Group has completed its review of Dressage Canada, including reaching out to key individuals, volunteers and representatives from stakeholder groups within the Dressage Community.

A comprehensive questionnaire was sent directly to approximately 60 stakeholders within the Canadian dressage community. The Dressage Canada membership was also invited to complete the questionnaire.

The Working Group was very encouraged to receive over 50 responses, which included not only those who responded to the questionnaire but also interviews conducted by telephone and in person.

Upon review of the information received, the following recommendations were formulated and presented to both Sport Council and Dressage Canada Board during the 2012 Equine Canada Convention held in February.

a)    The issues regarding the Technical Leader are of upmost importance in this Olympic year. The Working Group is encouraged that Dressage Canada recognizes this as a priority issue and has since sent a questionnaire to all listed and Olympic-declared athletes in order to provide more information and determine the course of action required.

c)    Dressage Canada sub-committee chairs, or a designate delegate from each committee, must sit on the Dressage Canada Board. The Working Group acknowledges that Dressage Canada has already begun this process with changes to their Governance Manual in 2010, including a 3-year transition strategy, and recommends that the process be accelerated.

d)    Active FEI Dressage Officials should not be a member of the Dressage Canada High Performance Committee or the Dressage Canada Competitions Committee. Instead, these officials should be consulted on an as needed basis. Given the nature of these committees’ responsibilities, this would assist in protecting both active FEI Officials and the committee from the perception of conflict of interest.  The Working Group acknowledges that Dressage Canada has previously sought to address this concern, in particular the role of Chair, raised by their Athletes Council.

e)    The Chef d’Equipe should not simultaneously serve as an Athlete Representative as he/she must play a significant role in the Dressage Canada High Performance Committee within the role of an official support team member.

f)    It should be recognized by athletes the importance of the Athletes Council’s role and the Athlete Representatives’ roles in representing all athletes to ensure solid communication between athletes and the Dressage Canada Board and its sub-committees. The Working Group looks forward to a re-energized Athletes Council, with increased engagement of this important stakeholder group.

Although not part of its original mandate, the information collected by the questionnaire proved to be so valuable that the Working Group made a further recommendation to Sport Council that a generic survey is annually conducted with sport license holders, with the information collected disseminated to the applicable disciplines.  This will provide important feedback to both Sport council and the disciplines as well as help to identify areas of concern.

The Working Group sincerely thanks the Canadian dressage community for candidly sharing their views, experiences and providing input. The Working Group also thanks Dressage Canada for their continued work on behalf of the sport, their welcomed acceptance of the Working Group’s report, as well as their quick call to action in order to address several of the recommendations.