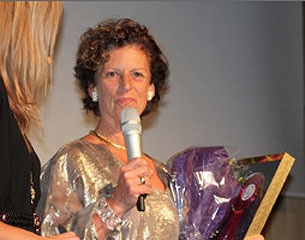 Four-hundred distinguished guests attended the 2012 Swedish Riders' Gala held at the Clarion Hotel in Stockholm, Sweden on 8 January 2012. The most successful Swedish riders, breeders, horses and sponsors of the year 2011 are honoured at this gala evening and sponsor Antonia Ax:son Johnson, Under 25 rider Sofie Lexner and Minna Telde's Isac were put in the spotlight as dressage representatives.

The "Tomorrow's Star Award" for dressage went to the 26-year old Sofie Lexner who recently made the definite transition to Grand Prix after having competed in the Under 25 circuit aboard Ulla Hakanson's Charming Boy (by Cassaretto). Lexner made her World Cup debut in Stockholm a few weeks ago, scoring over 71% in the Kur and competed at the Under 25 shows in Aachen and Rotterdam.

The "Tomorrow's Star Horse Award" for dressage went to Minna Telde's Swedish warmblood gelding Isac (by Hip Hop). Bred by Per Christer Bengtsson, Isac won the 2011 Swedish Breeder's Trophy as well as the 6-year old young horse finals in Falsterbo under Rebecca Mauleon. He also won the Champion of the Winners class at the CDI-W Stockholm.

"This is super cool," Ax:son Johnson commented. "I'm very grateful to many. I thank my parents and the federation for this great year in which I was chair of the dressage committee."