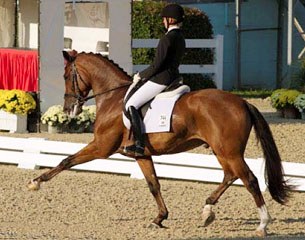 It goes without saying that the people at Dressage at Devon – competitors and spectators alike – love horses. But then there are the breeders that have chosen to specialize in a particular breed. Each breeder has their own reasons for their choice. The different breeds of the world took centre stage on the final day of the 2011 Devon Breed Show on Thursday 29 September 2011, at the same time that the performance classes of the 2011 CDI Devon kicked off in the afternoon.

L Hunter Wilson, owner, trainer and rider from Margaux Tip LLC, based in Martinsburg, West Virginia, loves her Cleveland Bays. The breed originated in England, where they were used for carriages and as fox hunters – in fact, they pulled the carriages to the hunt, did the hunt, and pulled them home again.

Wilson and her husband have bred Cleveland Bays for 12 years. “My husband had a mare that was half Cleveland Bay and he fell in love with them – he made it his personal passion. And passion is important with this breed. Today it is estimated that there are only about 250 breedable pureblood Cleveland Bay mares in the world. 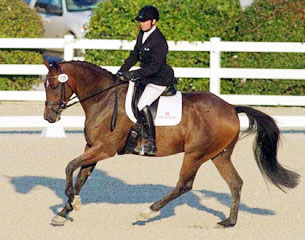 Another crowd-pleaser is the Haflinger - a relatively small horse, always a flaxen chestnut in color with distinctive gaits. The breed traces its ancestry to the Middle Ages and there are several theories for the breed's origin. But today, Chelsea Deephouse, Assistant Trainer at Dreamfield Manor Farm in Coopersburg, PA, just knows that she loves the breed. “They’re smart and kind,” she said, pointing out that she has evented and done hunter classes as well as dressage – and done will - with her horses.

The individual classes showed off the beauty of 20 breeds including the Warmblood Horse of Trakehner Origin, the German Oldenburg Verband, Morgan, Rheinland Pfalz-Saar International, and even Spanish Mustangs. And the day was not over yet as Dressage at Devon moved into the Performance Division. 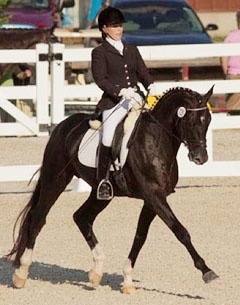 From Martin’s September 11 blog, “I am very much looking forward to showing Duvent at Devon. Duvent has come such a long way in a very short amount of time. He is a very attractive and very talented horse but he gets worried at times. I have been working very hard to understand him and he has been trying very hard to work with me. I really think we are having a breakthrough and he is getting more and more confident.” Her efforts paid off today.