Kostolany, Trakehner Stallion of the Year 2009 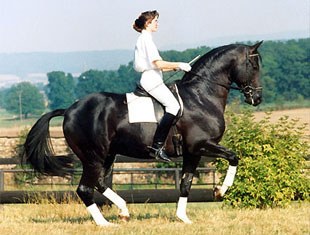 Bred and owned by Otto Langels of Gestut Hämelschenburg in Emmerthal, Germany, Kostolany is by Enrico Caruso out of Kapstadt (by Falke x Ibikus x Impuls). The black stallion was born in 1984 and became the licensing champion in 1987. The Trakehner verband praises the Kostolany offspring for their character, rideability and versatility in show jumping and dressage. 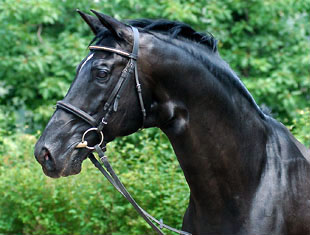 "The past two to three years Kostolany's blood became the centre of attention again amongst breeders and riders," said Trakehner breeding director Lars Gehrmann. "It was for us a reason to decorate this important source for performance with the Trakehner Stallion of the Year title."