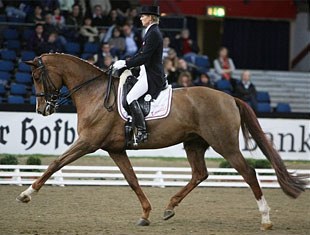 Haim-Swarovski saw the mare for the first in action at the 2008 CDI Wattens at her home stable Schindlhof in Austria. The sale took place half a year later in February 2009. The chestnut mare will be Swarovski's hope for the 2012 Olympic Games in London.

Donna Asana was one of the highest scoring Danish horses in 2008, but Jorgensen did not put her up for selection for the Danish Olympic team because the mare was only 8 and in her first year at Grand Prix. 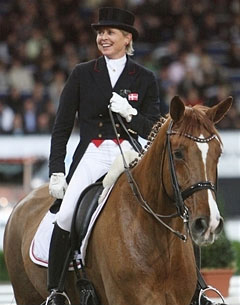 The mare competed in her first Grand Prix test in Munster in January 2008 and won the class with almost 70%. Donna Asana was also the 2007 Baden Wurttemberg Horse of the Year.

Lone Jørgensen is currently competing in the 2009 Sunshine Tour CDI with her new star for the future, the rising 7-year old FBW De Vito (by De Niro). Donna Asana is the fourth horse she has trained up to Grand Prix level and sold (Wempe Jewel, FBW Kennedy, Ludewig G, Donna Asana).