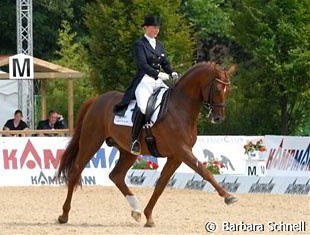 due to their credible international performances to date.

Heath Ryan has been added to the Australian Dressage Olympic Shadow Team on Greenoaks Dundee, owned by Clyde Wunderwald. The dressage selectors have also announced the “short list” for the Olympic Games.

The combinations selected are