Strict Doping Policy to be Carried Out at 2008 Olympic Games 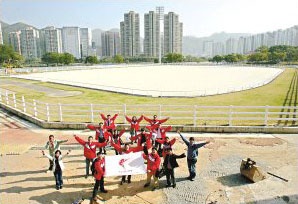 Horse and Hound reported that the organisation of the 2008 Olympic Games has announced that strict and quick doping tests will be carried out in the equestrian discipline at the Games.

"Horse samples always take longer to test than human ones and we're trying to get more in line with human testing," said Frits Sluyter, head of the International Equestrian Federation's (FEI) veterinary department. " We try to make the testing time as short as possible, and we are lucky that in Hong Kong all the staff at the FEI laboratory [already situated there] will be dedicated to working on the Olympics."

Sluyter referred to Dr. Terence Wan's research laboratory where a staff of 43 members work for the racetrack of the Hong Kong Jockey Club. It is one of four laboratories which is recognized by the FEI. This Chinese lab tests about 150 horses with each race event and has a history of 37 years of correct testing.

After the 2004 Olympic Games in Athens, four horses tested positive to doping, amongst which the individual gold medallist in show jumping, Waterford Crystal ridden by the Irish Cian O'Conner. Only one month after the Games, the results of the doping tests were announced. This time lapse will be much shorter in Hong Kong.