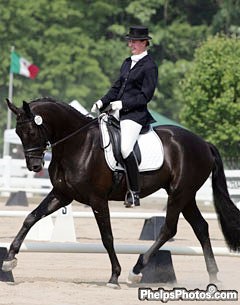 The United States Equestrian Federation is pleased to announce the US representatives to the FEI/WBFSH World Breeding Championship for Young Horses in Dressage, to be held August 2 – 5, 2007 in Verden, Germany.

The results of all three Markel/USEF Young Horse Dressage Selection Trials were tallied and horses from each age group (Five- and Six-Year-Olds) with an average score of at least 7.8 from the Selection Trials classes were be ranked to form the USEF Young Horse Short List. The United States is allowed two horses in each age division to compete in the World Breeding Championship.

The following horses and riders have accepted the invitation to compete for the United States:

The U.S. team of Young Horses will be assisted by Mr. Scott Hassler as Chef d’Equipe. Hassler serves as the USEF Young Horse Dressage Coach.