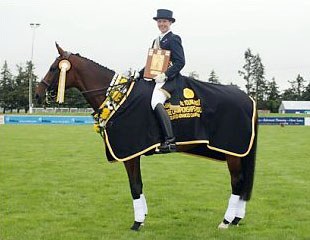 This is Appleton’s first season competing at avanced level and and looks to be following in the footsteps of her trainer, NZ Olympic dressage representative Kallista Field who also competed at Advanced level as a Young Rider.