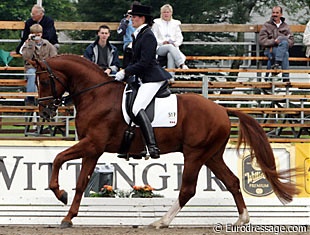 The British Equestrian Federation has selected the combinations that will represent Great Britain at the 2006 World Championships for Young Dressage Horses. Five horses in total are nominated.

Two horses earned their nomination via British qualification procedures, the youngsters ridden by the British Susan Draper/Pape earned their ticket for Verden in Germany.