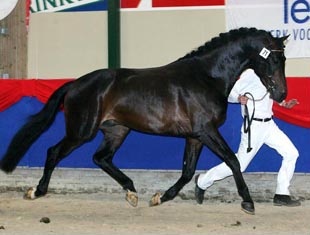 At the 2006 NRPS Stallion Licensing, nineteen stallions in total obtained a license to breed for the NRPS society. Ten of them were 3-year old stallions, nine were older stallions. Champion of the licensing was a 4-year old Ferrero, by Ferro out of Kabola (by Darwin x J Amagun).

Source: Horses of the Dutch