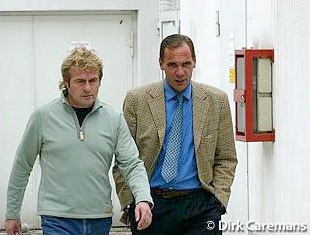 Sjef Janssen has been appointed the new Dutch Grand Prix team trainer/chef d'equipe. The Dutch Equestrian Federation (KNHS) decided not to renew the contract with Bert Rutten after the 2004 Olympic Games and has chosen for Janssen as the new coach.

Janssen was already partly team coach in 2003, when the NKHS put Johann Hinnemann and Janssen in charge of team training and O-judge Jan Peeters as chef d'Equipe. According to the KNHS, this triumvirate did not work out well and Holland claimed no medals in their crisis years 2002 and 2003.

Peeters was thanked for his services as chef d'Equipe in 2003 when Rutten was appointed. His chef d'equipe predecessors were Jurgen Koschel and Ghislain Fourage, who recently received the O-judge status.