Seidel, Williams, and McDonald to Compete For the USA at 2003 World Cup Finals 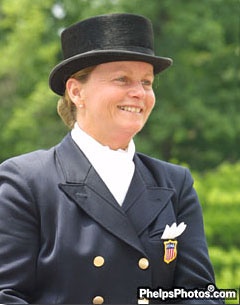 In the field of 8 riders, 6 declared their intent to compete for the U.S. slot at the 2003 Dressage World Cup Finals in Göteborg, Sweden, March 27 - 30. Prior to the event, Sue Blinks and Nancy Polozker announced that they did not wish to be included in the League Final.

This year, the World Cup Organizing Committee and the FEI Dressage Committee, increased the number of participants in the finals from 11 to 18. This paved the way for George Williams and Rocher, a 12-year-old Westphalian mare, the winners of the Grand Prix with a score of 70.640, to join Guenter Seidel and Nikolaus 7 and wild card participants Debbie McDonald and Brentina as U.S. representatives in the finals.