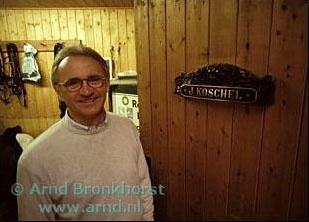 Jurgen Koschel has abruptly resigned from his position as chef d'equipe of the Dutch dressage teams. Due to a severe personal illness, he was no longer capable of fulfilling his duties as team trainer.

Koschel already announced his resignation as chef d'equipe half a year ago, but he stated that he would resign after the 2002 World Equestrian Games.