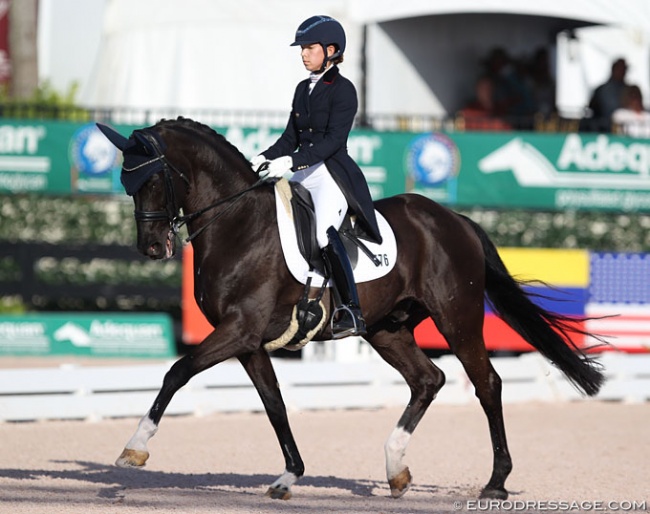 Sagacious HF (by Welt Hit II) was first nominated on a U.S. team in 2007.  Under Lauren Sammis he won team gold and individual silver at the 2007 Pan American Games in Rio. In 2013, he and Caroline Roffman became the first US pair to appear in the U25 classes at Aachen where they finished second in both rounds. In 2014 Chase Hickok began leasing Sagacious and won the 2015 U.S. Under 25 Championship. They led US Nation's Cup teams in Fasterbo, Sweden and Hickstead, England during the summer of 2017. Four riders have gotten their USDF Gold Medals on Sagacious.

This year marks Sagacious 10th year of Grand Prix competition. After a successful campaign on the Wellington circuit this winter, Hickok and Sagacious were ranked 8th for the long list to qualify for the Euro tour in the lead-up to U.S. WEG team nomination. Two weeks ago Hickok decided to end her lease of Sagacious and returned the horse to his owner.

"While I am confident we would continue competing with great success, I decided that to ask him to go to Europe again would not be in his best interest, especially after the traumatic experience he had coming back to the United States last fall," said Hickok.

Upon returning from Europe in August 2017, Sagacious tested positive to glanders in quarantine. After major legal pressure, the horse was retested and came up negative.

Owner Guden decided to hand over the ride on the refined black gelding to Alessandra Ferrucci from Connecticut. Ferrucci has been a working student for Caroline Roffman-Meredith and is currently grooming in a jumper barn. She aims to compete Sagacious at GP level this summer under Roffman's supervision.

"Although Sagacious owes us nothing, we know he enjoys his job," said Guden. "And we believe he enjoys bringing along young riders. We honor this brilliant horse by giving him another eager student. Petra Hofmann immediately began working with a young rider, Alessandra Ferrucci. She is 18 and younger than Sagacious who was 19 years young on Thursday, March 29."