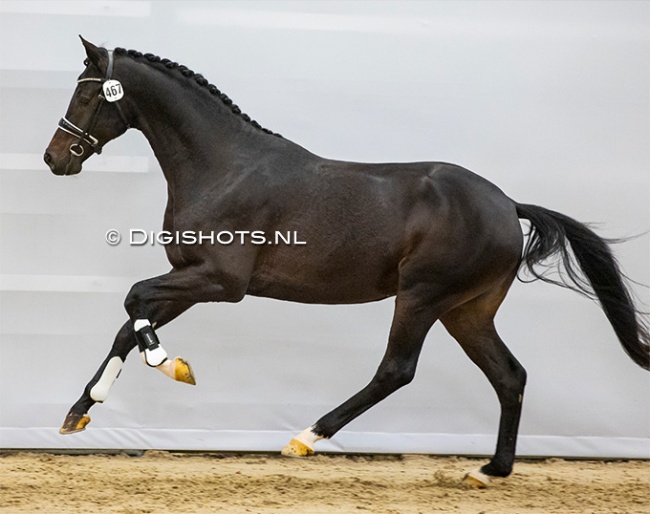 On the fifth and final day of pre-selection for the 2023 KWPN Stallion Licensing, seventeen colts were accepted to move on to the second phase.

The fifth pre-selection day on Saturday 3 December marked the presentation of the crops of young licensed KWPN stallions Le Formidable and Kjento. The latter was the most used stallion in 2019 with no less than 303 foals born in 2020, but it was the former stallion, the second most used one in 2019, who got the most offspring selected for the second round.

No less than 23 colts by Le Formidable (by Bordeaux x Ferro) were entered for the pre-selection and nine of them passed, making him the most "successful" sire at the pre-selection. Five sons of Kjento will re-appear in Den Bosch in February.

"The Le Formidable colts were generally speaking large framed and well developed and showed a good way of moving," said Bert Rutten. "We selected strongly built sons by Kjento who moved with power."

On an interesting note, the most expensive KWPN foal of 2020, Pascoe (by Le Formidable x Wynton) -- who sold at the Borculo foal auction for 105,000 euro to Eric Koele, Witte Scholtens while a share remained with the breeder -- did not get accepted.

A total of 75 colts have now been selected for Den Bosch. There will be one more pre-selection moment on 15 December for those who couldn't make it this time for various reasons.

Selected on the last pre-selection day are: