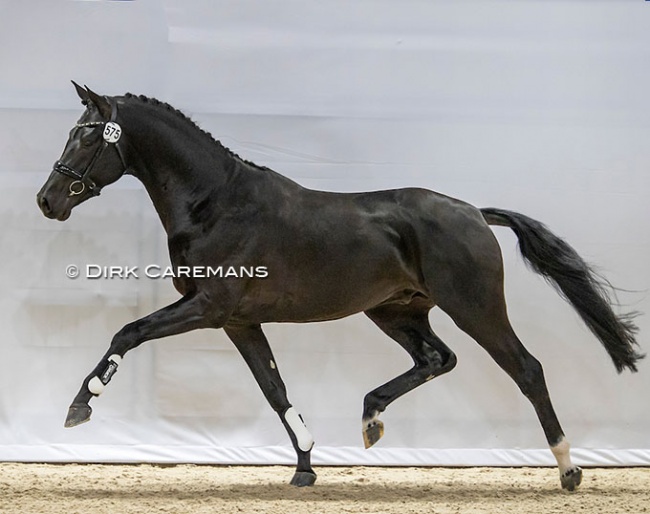 Seven stallions in total passed the exams, even though 14 began the 21-day testing.

KWPN Stallion Licensing committee chair Bert Rutten had to be replaced for the final examination day as he had an accident. Bart Bax replaced him while Johan Hamminga served as interim chair.

Willeke Bos' home bred Obsession Taonga (by Vitalis and out of elite mare Jatilinda  (by All At Once)) was the high scorer with a total of 87 points. He scored 7.5 for walk, 9 for trot, 9.5 for canter, 8.5 for suppleness, 9 for self carriage and rideability and 8.5 for potential.

"Obsession Taonga is an elegant, long-legged stallion who is focused on his rider with a very good temperament. The stallion has a lot of willingness to work and is very rideable," the KWPN report read. "He's a very honest, reliable stallion, easy to handle and quiet in the stall."

The runner-up was Willeke Bos' chestnut Opoque (by All at Once out of Ice Princess STH (by Davino VOD)), which she co-owns with Andreas Helgstrand. He scored a total of 85.5 points. He received 8 for walk, 8.5 for trot, 9 for canter, 8.5 for suppleness and self carriage, 9 for rideability and 8.5 for potential.

The seven stallion which passed the testing are:

Not completing the testing were: