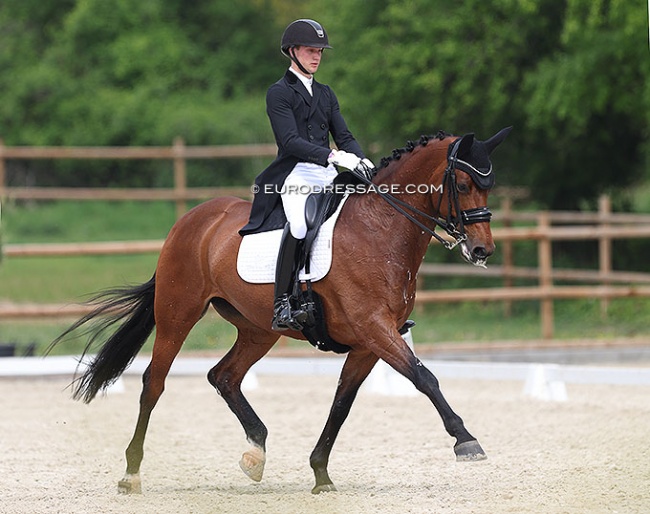 Honey d'Or is a 10-year old KWPN mare by Chippendale out of Seclusive (by Sandro Hit x Simply). She is bred by Berry van der Hoorn.

The bay mare first started as a broodmare, achieving KWPN elite status as a 3-year old in 2015. She scored 81.5 points in her mare performance test in Rucphen.

In 2021 Honey d'Or made her national small tour debut under Kim Noordijk.

Little over a year ago she sold to Hennie Gijsbers of Next Level Stables and Honey d'Or moved on to a new rider, Tom Verhoeven, who made his international show debut at young riders' level in May 2022.

The mare has now been acquired by British pony team rider Sofia Games as her junior rider’s horse.

The 14-year old Games is trained by Nicola Lickley and represented Team GBR on Next Black Magic at the 2022 European Pony Championships in Strzegom (POL), where they were 15th in the Kur to Music finals.