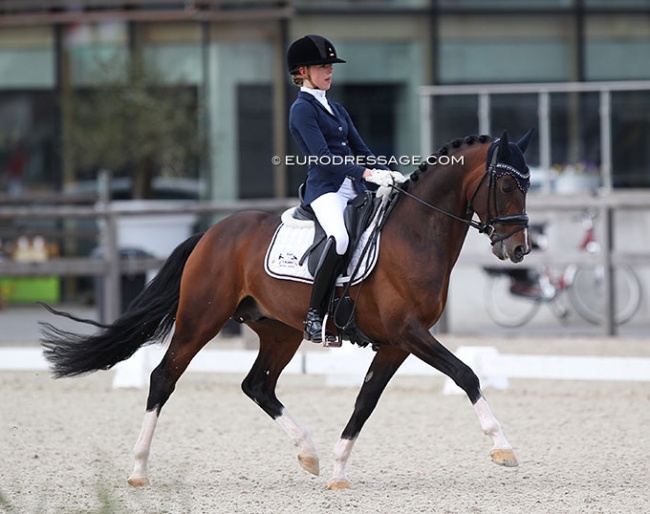 Beauty W is a Dutch Welsh pony by Orchard Boginov out of Brinckhoff's Serah (by Sjapoer ox). He is bred by W. van Winkoop in The Netherlands.

Under Esmee Boers, the bay made his international show debut at FEI pony level in October 2021 at the CDI Exloo.

In 2022 Boers went full throttle in her last year on ponies and competed at CDI's in Lier, Opglabbeek, Exloo and Hagen to clinch Dutch team selection for the 2022 European Pony Championships in Strzegom, Poland.

At the 2022 Dutch Pony Championships in August, they won silver.

Beauty W was owned by Andre Jurrius and Sanne Winters and has now been sold to 13-year old German Nora Feldmann.

Feldmann is a student of Semmieke Rothenberger. She has been competing ponies Dat Issa (by Dimension x Vulkan) and Valegro (by Voyager x Der Feine Lord) at national level in Germany.