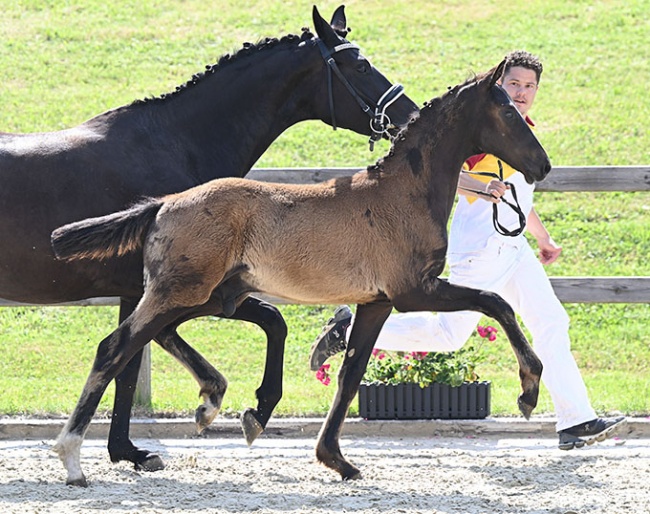 The bay colt Hemmingway sold for a six-figure amount at the 2022 DSP Online Foal Auction of which the bidding concluded on 5 July 2022.

Bred by Sebastian Kopp, the colt Hemmingway (by Henkie x Sir Donnerhall) sold for a hammer price of 130,500 euro. He was purchased by the Swiss Gasser family who runs the breeding yard Gestut Schönweide in Germany.

Five more foals sold for 10,000 euro or more. The second most expensive foal was Blumchen S (by Bonds x Quaterback). Bred by Ines Schulze, the filly sold for 18,000 euro.

The average auction price was of course boosted by the top seller and was 12,222 euro. Twenty-seven foals sold.