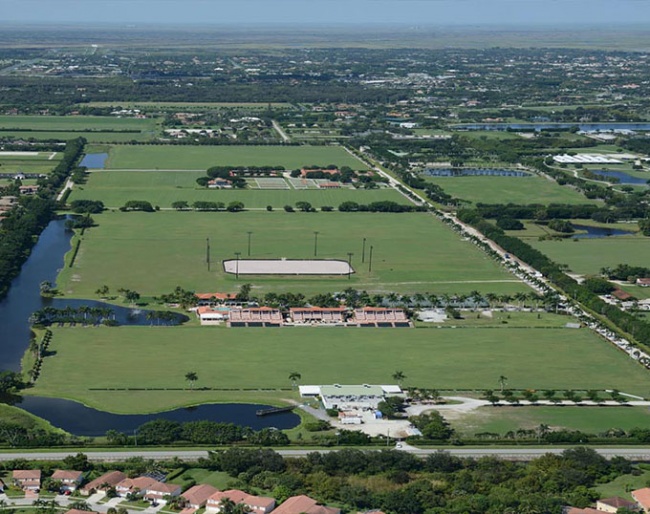 After the sales of the show jumping grounds (PBIEC) to Andreas Helgstrand and Ludger Beerbaum's Global Equestrian Group in 2021, Belissimo has now sold the International Polo Club Palm Beach (IPC) to an entirely different party, the United States Polo Association.

The USPA has acquired 161 acres from WEP Polo LLC and WEP Polo Operations LLC, including Fields 1 through 5, the IPC grandstand, the Pavilion, the Mallet Grille, the Seventh Chukker, the USPA Clubhouse shop, the Outback Field, the Outback facility, and the IPC social club and its facilities, including a swimming pool, gym, and tennis courts.

The IPC property will be called “The USPA National Polo Center – Wellington” (“NPC”).

Bellissimo explained his decision to sell as following:

“The sale of IPC to the USPA is part our ‘Wellington 3.0’ strategy which is focused on strengthening both the equestrian venues and the core lifestyle elements that are critical for Wellington’s long-term success. We chose the USPA over competing offers and real estate development strategies to ensure that this fundamental pillar of the Wellington equestrian domain will be here for the next 100 years."

Wellington Village Manager Jim Barnes is enthusiastic about the USPA expanding its footprint in the Village. “Wellington welcomes the USPA’s purchase of the former IPC facility and the establishment of the National Polo Center, which will ensure polo’s permanent and important presence in the Village for the mutual benefit of the polo community and Village residents.”

IPC Not to be Turned into Dressage Stadium

In 2016 Bellissimo's WEP acquired the International Polo Grounds from the Goodman family trust and had already initiated discussions with the U.S. Polo Association and key stakeholders in the polo community to forge a strategy of cooperation and collaboration.

Rumours of Bellissimo selling more land in Wellington ran rife in 2018 when the business mogul went through a divorce. At that time he went into full denial that the Palm Beach International Equestrian Center and affiliated show entities were for sale.

In 2017 Bellissimo divulged his plans for the IPC grounds to build a 100-room condo hotel, 72 condos, an equestrian stadium (where the Global Dressage Festival would move to ), a restaurant, show rings and an expanded clubhouse. This plan of action faced serious opposition and never came to fruition.

In July 2021 Bellissimo sold the PBIEC to Global Equestrian Group.

The plot of land where the Global Dressage Festival is being hosted was never developed into the - dressage dome with five-tier hotel they originally intended, mirroring the grandeur of the show jumping grounds.

Already back in 2011 at the launch of the Global Dressage Festival, the Wellington Equestrian Preservation Alliance feared Bellissimo's ulterior plans of turning the land of GDF into a commercialized zone.

A decade later, it is rumoured that Bellissimo has fused his "hotel-and-condominium dream" in his Wellington 3.0 plan - the dream he first envisioned on GDF land, then sifted to IPC (2017), and now back to GDF on South Shore Boulevard. It is said that heaims to turn the Global Dressage Festival land into a residential and commercial area, potentially pushing dressage out of the picture.

For the past two years Helgstrand's Global Equestrian Group has been trying to buy the exploitation (the dates) of the Global Dressage Festival on that plot of land, but has been unsuccessful as Bellissimo refuses to sell with a more commercial vision in mind than dressage sport.

At the moment for dressage no big changes are in store leading up to the 2023 Global Dressage Festival.

GDF Show director Thomas Baur confirmed to Eurodressage that the 2023 GDF edition Wellington will be taking place as normal.

"The dates for 2023 for all shows worldwide have to be submitted from the NFs to the FEI by October 1 the year before," Baur explained. "We have renewed all the dates for all CDIs as well as new dates I‘m involved in the US for 2023. They are currently in the review process with USEF as every year during this time."