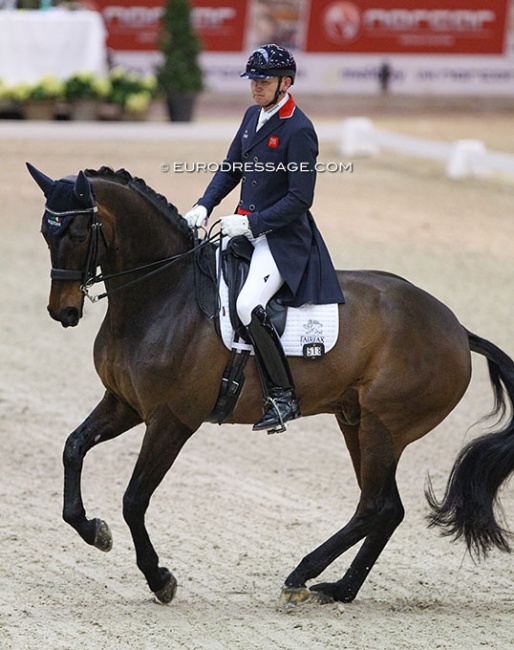 Carl Hester has officially announced his withdrawal from British team contention for the 2022 World Championships Dressage in Herning in August.

Hester received the catch ride on KK Woodstock from the Swiss Kroll family and Gareth Hughes to replace his injured Olympic mount En Vogue in pursuit of a team spot for Herning.

However, Horse & Hound reported today that the pair did not gell quickly enough to make a last minute attempt to achieve to MER scores at CDI's in June to be eligible for team selection.

Hester and KK Woodstock were supposed to make their show debut at the CDI Wellington Heckfield this weekend, but have withdrawn. Their second MER score was planned to be achieved at the CDI Bolesworth at the end of June, but this event has been cancelled.

Carl feels the time he has had with 16-year-old Baden Wurttemberger bred gelding (by Wolkentanz II x Landioso)  is “not quite long enough to have formed the partnership he would have liked before making their competition debut together."

He told Horse & Hound : “I’d like to take this opportunity to thank Gareth and the Kroll family for their kind offer and all of their support to Team GBR, however I feel that there is not enough time to do the horse justice, and bearing in mind that Gareth has some more shows scheduled for the horse, he has now returned to Gareth to continue his summer season.”

Wellington Heckfield and Bolesworth were the only two CDI's in the U.K. before the FEI deadline of 4 July. Hester would have needed to cross the channel to achieve his MERs on the continent. Competitions taking place in June in the next three weeks are Hagen, Jardy, Achleiten, Brno, Flyinge, Grote-Brogel, Rotterdam, and Aachen.