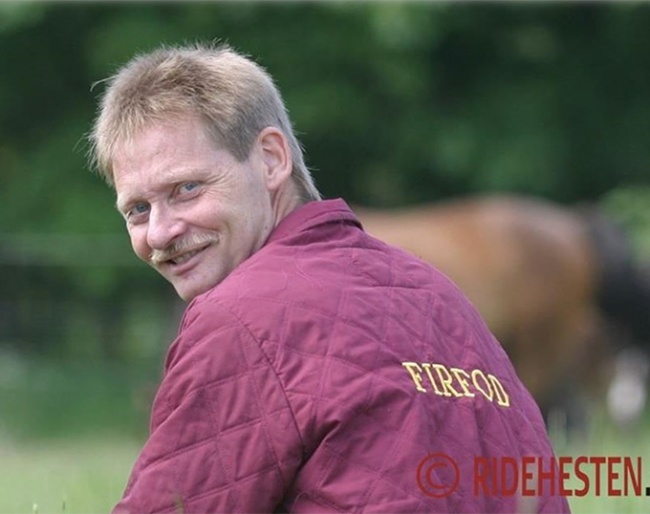 Morten Plenborg, renowned Danish warmblood horse breeder and stallion owner at stud farm Firfod, has passed away. Plenborg succumbed to cancer despite a brave battle after a long period of illness.

Plenborg was one of Denmark's leading breeders, especially celebrating his biggest successes in the 1990s. With his wife Inger Marie "Pixie" Petersen he ran Stutteri Firfod in Lolland, Denmark, and was highly decorated with his mares and stallions.

Stutteri Firfod announced the passing of Morten on their website:

"It is with great sadness that we must announce that Morten, after a long illness, has found peace. Morten was a distinctive personality with many facets, he was generous, full of care for other people, especially the weak and crooked, and he was a beloved father and partner. Morten dedicated his life to working with horses. And many will remember him for his great passion and love for horse breeding; for Morten's constant and tireless work to make the dream a reality.

And Morten's dreams came true; both his own boy's dream, the vision of having a large stud, built by his own breeding material through generations of horses, as well as the dream of the countless people who over the years benefit from the benefits of his pursuit - Firfod horses."

He leaves behind his dearests: wife Pixie, and Svante, Snorre and Jens.  His funeral will take place on 20 May in Sakskøbing.